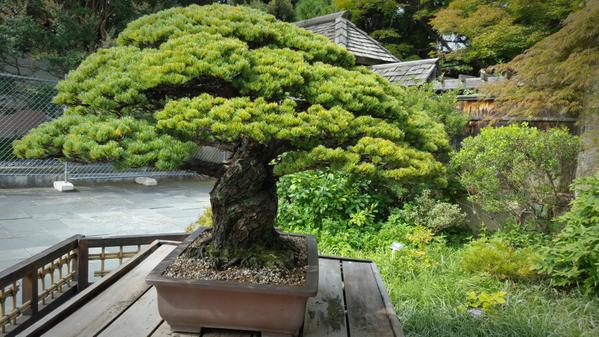 It’s been 70 years since one of the world’s worst anniversaries: On Aug. 6, 1945, at 8:15 a.m., the United States dropped the first atomic bomb, on its first victim – the city of Hiroshima. In an instant, some 80,000 people died. Three days later, on Aug. 9, a second, bigger atomic bomb, dubbed “Fat Man,” was dropped on the port city of Nagasaki. There, too, the casualties were equally horrific, with 40,000 people killed instantly; a final death toll was ultimately calculated at 50,000.

In all, over a span of 3 days, the world’s first use of a nuclear atomic weapon in war left more than 135,000 people dead, all on Japanese soil.

Years later, on the eve of America’s bicentennial birthday celebration, Japan offered a good will gift. A bonsai tree, more than 350 years old.

The idea for the gift came from a Japanese man named Masaru Yamaki. On Aug. 6, 1945, the bonsai master was inside his home when glass fragments from shattered windows hurled past him. A bomb, christened the “Enola Gay,” had just dropped two miles from his family home, wiping out 90 percent of the entire city. The Yamaki family survived. And so did their centuries-old bonsai, whose record of longevity stretched back to 1625.

Today visitors can see this remarkable survivor at the National Arboretum in Washington, D.C. Walk down a pathway and you may almost miss it – the Yamaki Pine, in the museum courtyard.

The tree may be unassuming but its history is anything but. Neither is its tagline, written to the side. “In training,” it reads, “since 1625.”