You are here: Home » Westminster Dog Show, at Madison Square Garden: Best in Show dogs of past 10 years

You are here: Home » Westminster Dog Show, at Madison Square Garden: Best in Show dogs of past 10 years 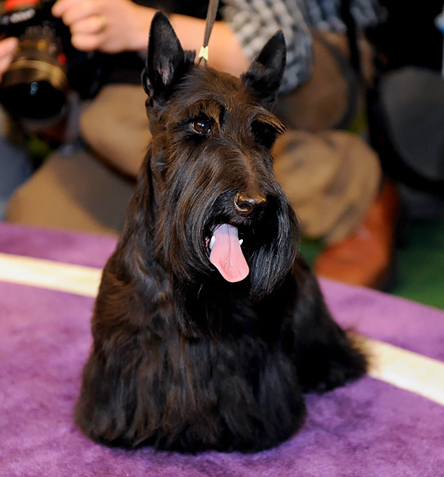 Sometimes it’s the people who make the place. And sometimes it’s the dogs. At least that’s the case every year at Madison Square Garden, where more than 2,5000 purebred dogs compete in the what is second only to the Kentucky Derby as the oldest continuously held sports event in the United States: the Westminster Kennel Club Dog Show. With less than a day to go to the most prestigious dog show nationwide, check out this look back at past champions:

Sadie, the eighth terrier to win best in show

OK, this win hardly came as a surprise, given the soft spot judges have held for terriers through the years. The year’s champion title went to Sadie, a four-year-old Scottish terrier — the eighth Scottie to win best in show and the first since 1995. “A dog of this quality comes along once every 10 years,” said her owner, recalling the 2001 winner, a Bichon frise, as the last one of Sadie’s singular caliber. “Her breed character is fabulous — she thinks very highly of herself. Her coat is absolutely breathtaking.” 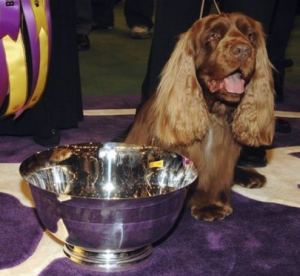 Stump, at 10 years old, the oldest Westminster best in show

In the history of dramatic comebacks few can beat Stump, a 10-year-old (or in human years, a 70 year old) Sussex spaniel. He worked his way back from a four-year retirement (which included recovery from a near fatal illness) to become the oldest dog ever to win champion title. (The title was previously held by an 8-year-old papillon back in 1999.) The Westminster show became Stump’s 51st career best in show. Who says there are no second acts? 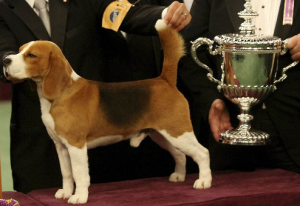 For nearly a century, beagles had ranked among the top 10 most popular dogs by the American Kennel Club. Yet not one single beagle had yet to win Best in Show at Westminster. That changed with Uno. Maybe it was his pleading mascara eyes. Or his dog-next-door reputation. Uno, officially known as Champion K-Run’s Park Me in First, lived up to his name. 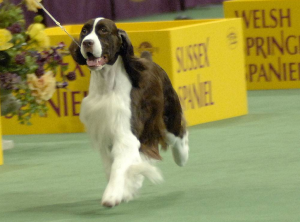 They call him Diamond Jim. This Frisbee-loving English springer spaniel beat out more than 2,6000 competitors at the 2007 Westminster Kennel Club Dog Show. But the six-year-old spaniel didn’t just bask in the glories of his win. He soon resumed work as a therapy dog, including with Alzheimer’s patients.

Rufus is a certified therapy dog

Need a therapist? Call Rufus. In addition to winning Best in Show at the 130th Westminster Kennel Club, this colored bull terrier is a certified Therapy Dog. Not to mention the top-winning bull terrier of all time. On the heels of retirement, Rufus has assisted special needs children. He also made weekly visits to a nursing-rehabilitation center and worked with senior citizen programs. And he received special invitation to visit the Walter Reed Army Medical Center, where he rested delicately on the bedside of a bomb technician who had survived a blast in Afghanistan.