You are here: Home » Martin Luther King’s defining moment: A kitchen, in Montgomery, Alabama, past midnight

You are here: Home » Martin Luther King’s defining moment: A kitchen, in Montgomery, Alabama, past midnight 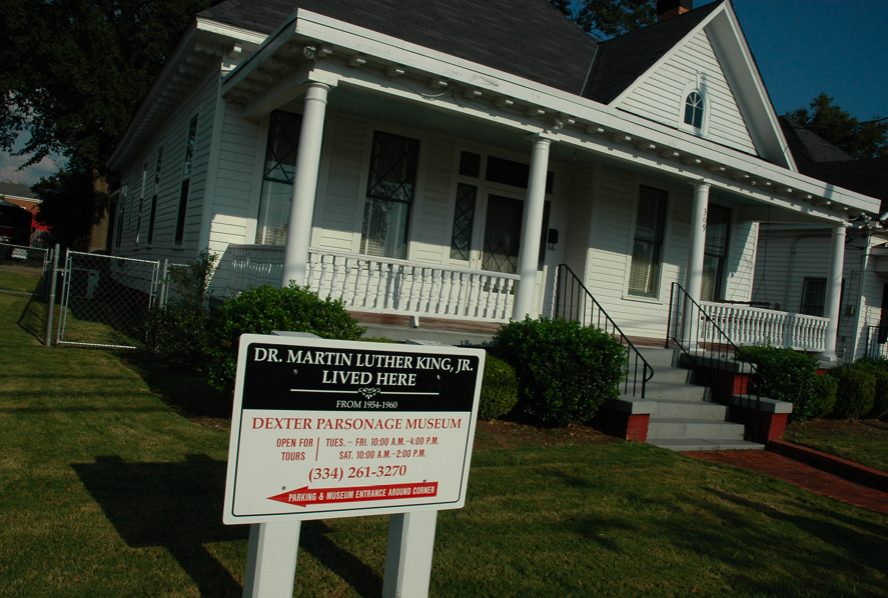 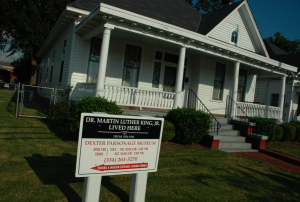 The house where MLK had his defining moment, and a civil rights movement was reborn. Photo: Lisa Singh

Well before the March on Washington. Or his “I have a Dream” speech. There was a defining moment for Martin Luther King, Jr. And it came past midnight, in a kitchen, at 309 South Jackson Street, in Montgomery, Alabama.

King was 27 years old, two years into his role as pastor of nearby Dexter Avenue Baptist Church. Over the past month, King had been leading the Montgomery bus boycott, a decision that set off a series of death threats delivered via mail and phone to his residence — as many as 30 to 40 calls daily, often at night. Normally, King could put the phone down and go back to sleep. But one call, on the night of January 27, 1956, stood out.

As King’s wife, Coretta, and 10-week-old daughter, Yolanda, slept in the master bedroom nearby, the voice on the other end of the line said: “N, we’re tired of your mess. And if you aren’t out of this town in three days, we’re going to blow up your house and blow your brains out.” Shaken, King went to the kitchen, made himself a cup of coffee, but soon buried his face in his hands. He began to pray aloud: “Lord, I’m down here trying to do what’s right … But … I must confess … I’m losing my courage.”

King later explained what happened next: “I could hear an inner voice saying to me, ‘Martin Luther, stand up for truth. Stand up for justice. Stand up for righteousness.’”

The fears ceased. But not the threats. Several days later, around 9 p.m., a bomb exploded on the front steps of the house. No one inside was hurt. All these years later, though, traces of the bomb — gnashes in concrete — are still visible (image, below).

On the evening of January 30, 1956, a bomb exploded on the porch of Dr. King's home. This plaque marks the spot of the explosion. Photo: Lisa Singh

Today, Shirley Cherry (image, below) helps tell the story. For nearly two years, she’s been tour manager of Dexter Parsonage Museum, which served as home to King and his family from 1954 to 1960. “I never thought I’d have the key to open the door where Martin Luther King lived,” says Cherry, who was raised in Georgia and Alabama in the 1940s and ’50s and remembers days spent working at a dry cleaner’s where the Ku Klux Klan sent their robes. Of King, and Dexter Parsonage, she says. “I’m the direct beneficiary of what happened here.”

A retired school teacher, Cherry is a life member of National Education Association; she also served as chair of one of its national committees at one point. “But before Dr. King I couldn’t have been a member of the NEA because of segregation,” she says.

A tour of Dexter Parsonage shows the ordinary items that served as a backdrop to extraordinary times. In the parlour is a replica of the piano that Coretta Scott King played. Of the piano, Martin Luther King said: “Everybody, from a treble white to a bass black, is significant on God’s keyboard.” In the dining room is the original table that the Southern Christian Leadership Conference (SCLC) was formulated. Then there’s the kitchen, roughly 10 by 12 feet. It includes the Melmac dinnerware that the Kings actually used, as well as the original caloric gas stove — the same stove that King used the night he got that fateful call, poured himself a cup of coffee, and asked for answers.

That moment of decision — of whether to continue with the Montgomery bus boycott that had just gotten underway — holds significance today, says Cherry. “People need to keep in mind, Martin Luther King didn’t ride buses,” she says. “He never had to ride buses; he didn’t come from that kind of background. But he cared about people who did … for people who were less well-off. What happened that night, in the kitchen, was a lesson for all of us. It’s a lesson in commitment and obedience.”